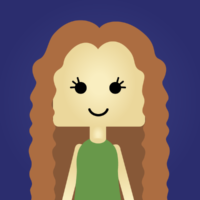 Posted by
Sophia Eifler on

As much as the Aces at Akullian Creative love Wolf Road, it was a lot of fun to take a day trip up the Northway to employ our video, animation and design skills in the great outdoors.

We took a trip up to Yaddo in Saratoga Springs: a place for locals to enjoy some time outside among a decorated garden with Italian and French architectural influences. While most people know the grounds for this area, most of the 400-acre property is not open to the public.

Spencer and Katrina Trask initially rented the old Queen-Anne style mansion on the Yaddo property in the summer of 1881 as an escape for them and their daughter as they were struggling with the death of their first born son, Alanson. Later that year, the wealthy couple bought the estate and eventually turned the grounds into the artist retreat it is today.

The Corporation of Yaddo was founded in 1900 and began welcoming artists in 1926 with the intention to become a retreat for artists. Almost a century later, the grounds are still in its original line of work. Creators can spend up to two months in the peace and quiet of the woods to work on their projects uninterrupted. It’s no coincidence that there have been so many talented creators who have spent time in Yaddo.

The Aces were wowed by the scenery, especially in early October, along with the history of the grounds. Painters, poets, composers, photographers and many more have all been in the rooms in Yaddo, making it a constantly changing community of artists that changes from week to week.

Akullian Creative tells stories, so you can only imagine how excited we were when we came upon a place with 122 years of stories. Rather than go through each one, we’ve summarized a few of the stories of Yaddo that share the history of the property.

The name “Yaddo” is attributed to Spencer and Katrina’s second child, their daughter Christina. Before the family acquired the property, four-year old Christina named the grounds Yaddo, a word that sounds like ‘shadow’ but is supposed to represent quite the opposite of shadow. This name choice came in light of the girl’s dislike for the darkness that had been ruling over the family since the death of her brother. “Yaddo sounds like shadow but it’s not going to be shadow” Christina explained.

Fact #2: The first mansion at Yaddo burnt down

Spencer and Katrina Trask had already been affected by the tragedy of losing all four of their children when their mansion at Yaddo burned down in the spring of 1891. At the time, Spencer was seriously ill with pneumonia and Katrina debated if it was wise to tell her husband about the fire given the condition he was in, but she decided to do so. Once known, Spencer began to plan the rebuild immediately. The new mansion, designed by William Halsey Wood, was completed in 1893. It is located at the same site as the estate’s first mansion and has 55 rooms.

The Trasks commissioned Louis Comfort Tiffany, the son of Tiffany & Co. founder Charles Lewis Tiffany, to design and create several stained glass windows for their new mansion at Yaddo. Additionally, a fireplace mantel mosaic was made by Tiffany. It shows a phoenix rising from the ashes with a Latin inscription, meaning “Unconquered by flame, I, Yaddo, am reborn for peace.”

Fact #4: The idea behind Yaddo

Left without biological heirs, the Trasks had been questioning what to do with their possessions. One day in the woods of the estate in 1899, Katrina had the idea to transform Yaddo into a place of inspiration for artists to come to and create. As a gift to Katrina, Spencer added the Yaddo Rose Garden to the property the same year as a first step to improve the grounds for its future purpose. However, it was not until June 1926, when the first group of artists arrived at Yaddo, years after Spencer and Katrina passed away.

Among the 220 guests that are welcomed each year at the grounds of Yaddo, many have gained popularity with the work they published. Collectively, the artists who stayed at Yaddo have won multiple awards, including 81 Pulitzer Prizes, 31 MacArthur Fellowships, 69 National Book Awards and Saul Bellow even won the Nobel Prize for Literature in 1976. Leonard Bernstein, Patricia Highsmith, Langston Hughes, Laurie Anderson, Jeffrey Eugenides and Sheri Fink are just a small list of names that have spent time at Yaddo. Perhaps one of the most well-known Yaddo artists from recent years is producer and director Matthew Weiner, the creator of “Mad Man” and writer and producer of “The Sopranos.”

For more information on the history of Yaddo, visit yaddo.org.

Follow @akulliancreative on Instagram and Facebook. Make sure to like us on LinkedIn. Visit our webpage akullian.com for more information on our team, story and how we can help with your video, animation and design needs.