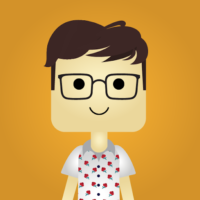 Posted by
Dan Passante on

Isn’t it funny how something small can become big over time?

It’s not funny to gardeners. Gardening is popular for a number of reasons, one being the thrill of seeing something small blossom into a living, breathing organism- which are pretty high stakes if you ask me. Growing a seed into a plant that can flower or produce food is difficult even for experienced gardeners.

Applying for jobs out of college is like trying to have a garden in Ithaca, New York: nearly impossible. The winters and springs in Ithaca feature weather that makes you ask yourself: “why did I choose to go to school here? Aren’t there schools in warmer states?”

The “jobs” page on LinkedIn makes you ask yourself similar questions. “Aren’t there majors with a job field that wants workers coming out of school?”

The answer to both of those scenarios is yes.. And you’ve known this from day one.

It’s easy to lose faith in the process when you’re waiting to hear back on nearly a hundred applications you’ve sent out looking for work. Leaving no stone unturned is a great idea in theory, but when you’re out there flipping over every rock you see, it gets old quickly.

When Akullian Creative followed me on Instagram, I felt like someone had thrown a rock at me (in a good way).

A creative video, animation and design company wants to follow me? I knew this was something small, but if I managed it well, I could make it something big.

I hadn’t even visited the website yet, but while I was sitting in my living room with my friends on an unseasonably warm (about 50 degrees) April day in Ithaca, I was excited about the possibility of working at Akullian in a way I didn’t feel about anywhere else I was applying.

It feels like the very next day I had a zoom call scheduled with Rich Akullian, but it wasn’t. It was about two weeks later during my Senior Week. Needless to say, it went well.

Akullian Creative was one of multiple options that I suddenly had in my job search.

Within the blink of an eye, I had gone from trying to embrace the unknown of applying to corporate job postings to multiple job offers. Other than Akullian, I had offers in Massachusetts, Vermont and central New York to become a multimedia journalist. I was using the footage from my internship at WENY News in Horseheads, New York to send to local news affiliates and gauge their interest in having me come on as a reporter. As it turns out, there was a lot of interest… with one catch: I needed to cut my hair. News directors wanted me to join their station as long as I left my hair in Ithaca.

In school, I tried out a lot of different career paths. I was the on-air host for Ithaca College TV’s sports highlight show: Sports Final. I was one of the producers of Bombers Live, ICTV’s live sports coverage of IC Football and IC basketball. I started a concert series showcasing local musical talent in Ithaca’s music school. I started a podcast recapping the biggest headlines in music news. I made two films: one about the Black Lives Matter movement in my hometown (which I was recognized for at IC’s academic symposium) and one about my high school basketball teammate: Dior Johnson (if you haven’t heard of him yet, give it a few years, you will). I graduated with a 3.7 overall GPA. I won a Society of Professional Journalists Mark of Excellence for TV Sports Reporting. I received the Dean’s Award for Outstanding Achievement for my time at the Roy H. Park School- an award two students total received that year. I won more times at the Park School’s student media awards (voted on by your peers) than I have room on my trophy shelf at this point. I am more qualified for an entry level job than anyone looking for a job in media, and yet here I am, changing the way I look on the outside when it was never a problem before.

I know I have no “real world” experience, and I’m not expecting a signing bonus, but being told to change felt wrong. There’s nothing wrong with me- companies should be racing to hire me, and I know this.

At that moment, staring into my phone camera at my short hair, I realized that I did not want to work in local news, something I thought I wanted since I was in elementary school. I knew that Akullian Creative wasn’t just “an” option, but “the” option.

The next day, I called the TV stations I was talking to and told them I was going to pursue other job opportunities. Respectfully, I am going to decline this offer, and I wish you all the best.

My dream of being on TV as a child was driven by a passion for telling a story. I never had any notes as a 5th grader on JPI TV Sports. Everything on the show was always off the top of my head because it was never about the cleanliness of delivering crisp information on camera, it was about telling a story in a simpler way: from me to you. I haven’t changed, my story has just developed into something other than a reporter. All the sad emotions I had over my childhood dream of being on TV ending abruptly was misplaced: it was never about that, it was always about creativity.

Three months later, my hair is back, and in a way, so am I.

Noah Miller was the new guy at Akullian for what feels like 15 minutes before I joined. I was new for what felt like an hour before Sophia joined the team. The three of us have been working together this summer as we usher in a new team for Akullian Creative.

Now that I’m settling into being the writer at Akullian Creative, I know I’m in the right place, I can feel it. It’s not easy to change, but it’s a lot harder to never change. Besides, how would you be spending your precious internet time right now if it wasn’t reading this blog?