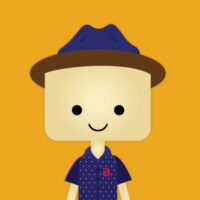 What would we do without the internet? Even just for a day, many of our lives would be completely uprooted. Let’s take the last ‘internet malfunction’ for example – the Facebook, Instagram, and WhatsApp shutdown, a tough day for Social Media Managers. I’m sure by now we all know what I’m referring to. On Monday, October 4th, all of Facebook’s apps disappeared from the internet. The outage lasted over five hours, however the company cautioned users that the services would take some time to stabilize.

This outage was detrimental to many lives all over the world. In fact, 3.5 billion people over the world use Facebook, Instagram, WhatsApp, and Messenger to communicate with friends, family, distribute advertising and political messaging, and even to carry out their jobs. Facebook is also used to sign into a handful of other apps and services, so this shutdown created a domino effect for other problems. For many of us, it made us realize how much we rely on these social media apps throughout our daily lives.

Looking around the world, the shutdown paused the lives all over the globe. In Mexico, for example, politicians were cut off from their constituents and communication was lost. In Turkey and Kenya, business owners were not able to sell their wares. In the United States, Social Media Managers could not carry out their jobs leaving their company and clients in inevitable worry. In Columbia, a non-profit organization that uses WhatsApp could not carry out their duties which include saving victims of gender-based violence. While they say there is no evidence that user data was compromised during this time, there’s no way to be completely sure. This day showed us that something we take for granted, and even occasionally loathe, is a essential piece in keeping our world interconnected, informed, and even safe.

Other companies had their fun with it.

During the shutdown, social media users flooded to secondary means of entertainment including platforms like Twitter, Snapchat, and TikTok. These other social media platforms like Twitter used this opportunity to profit off this mishap and turn the shutdown into a satirical situation saying things like “hello literally everyone” to the new influx of users during that time.

If you haven’t already, be sure to check us out on Tiktok @akulliancreative!

Facebook founder Mark Zuckerberg has apologized for the platform’s unexpected absence that affected billions of people globally. Facebook tweeted how they are currently “working to get things back to normal as quickly as possible” and that the shutdown was temporary. Even though they were working tirelessly to fix it as soon as possible, users were upset about the long delay interrupting their routine.

On Monday alone, Mark Zuckerberg’s net worth dropped $7 billion in a matter of hours as stock selloff made Facebook fall about 5%. He also went from 5th to 6th on the Forbes list of wealthiest Americans. Facebook engineers attributed the shutdown to “configuration changes on the backbone routers” emphasizing how no personal information was compromised. Zuckerberg wrote on his Facebook page, “sorry for the disruption today — I know how much you rely on our services to stay connected with the people you care about.”

How do you rely on so social media to get through the day? If it’s a platform in which your business engages with your community through unique content, advertising, or important messaging, see how Akullian Creative can help. Schedule a chat with us today!