An Era of Humor: How Brands Engage in Twitter Trends

Here are five examples of brands using social media to interact with not just their fan-base, but competitors as well. 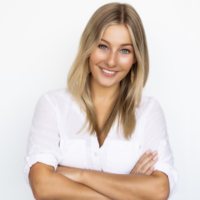 Posted by
Sydney Wright on

/ Blogs & Vlogs / Blogs / An Era of Humor: How Brands Engage in Twitter Trends

A brand’s image and voice is what helps a company stand above the rest – it’s what a brand stands for, how they interact with their customer-base, and overall how they present themselves to the world. With the popularity of social media and meme culture that has appeared on sites such as Twitter and Instagram, brands seem to be evolving their online personalities in order to appeal to their younger audiences. Here are five examples of brands using social media to interact with not just their fan-base, but competitors as well.

Netflix is a brand that originated in 1997 as a movie rental subscription service, but has since evolved into a multi-billion dollar online streaming service that showcases a variety of different movies and tv series, including self-produced titles. Netflix has a long history with displaying their clever and witty brand voice on social media, using humor to appeal to their customer base. Back in 2018, they sent a quick-witted response to someone who was bashing their description of Gossip Girl on the streaming service (see below). This not only brought attention to the fact that Netflix streamed Gossip Girl (removed in 2021), an extremely popular drama series with a cult following of sorts, but let them spin this follower’s complaint into something playful and positive.

If you’re active on Twitter, you probably know that Wendy’s has “beef” with most of their fast food competitors. From Burger King to Dunkin, Wendy’s seemingly mimics the kind of twitter roasts you see between 16 year old boys…and yet, it undoubtedly commands attention. Here are some examples of Wendy’s and other fast food giants interacting on Twitter.

When marketing coconut water, you wouldn’t initially think to go with dry humor, yet Vita Coco has taken a self-deprecating approach to gain traction on Twitter – and with nearly 61k followers, I’d say pretty successfully. With their bio claiming, “I know not everyone likes coconut water, but I’m just hoping you’ll like me for my personality,” their entertaining social media brand voice is immediately initiated. However, Vita Coco doesn’t stop there, their tweets being some of the most out-there that I’ve seen.

When being told by a fellow tweeter that they would “rather drink your social media persons piss than coconut water,” instead of ignoring the “brand bully,” Vita Coco egged him on, responding with a photo of what appears to be human urine in a Vita Coco bottle with the message “Address?”

While shocking posts such as this may seem bold, the Digital Marketing Institute reports that 60% of consumers have been influenced by a social media post or a blog review while shopping in a store, proving that this method could very well make Vita Coco stand out on the grocery stores shelves among competitors.

It’s unclear if the popularity of Flo from Progressive happened by plan or happenstance, however it’s undeniable that she’s made the brand a household name. Taking the Flo campaign one step further, Progresssive issued her a Twitter account of her own, bringing the character to life. Through the use of this Twitter account, Progressive is able to take an avant-garde approach to their social media marketing, while keeping their main account adherent with a more professional and helpful persona.

Keeping up with her personality in her commercials, Flo maintains her flamboyant humor in her tweets and replies.

HBO recently used a cameo from Lin-Manuel Miranda, otherwise known as the creator of Hamilton, to create a quirky, fun promotion for season 2 of their show, His Dark Materials, where they challenge him to describe the show in less than 15 seconds. With the Digital Marketing Institute reporting that 49% of consumers depend on influencer recommendations, using Miranda to advertise this show in a way Twitter users may find comical could very well pay off.

HBO then went on to interact internally with their own brand, having their sub-brands such as HBO Latino and HBO Max reply to the video posted by HBO PR.

In a world where 500 million tweets are sent per day, these brands have repositioned their social media brand voice and approach in order to stand out above the rest. Whether you’re a mature company, or just starting out, developing a persona that adjusts with changing trends, like those above, is one way to maintain longevity on the social playing field.